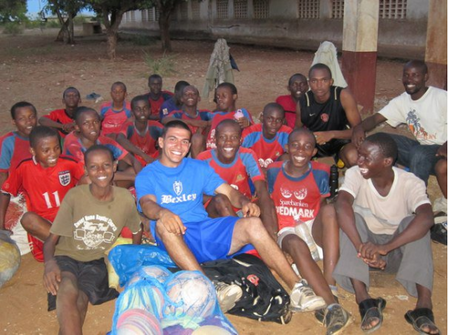 Final Third Foundation’s Team understands the power of sport and how it can make a positive impact on a child and an entire community.

​In May 2011, our Co-Founder and Executive Director, Benjamin Levey, founded the Likoni Community Football League (LCFL).  There, in one of the poorest areas of Mombasa, Kenya,  Levey worked with local coaches to form an organization that supports hundreds of children each year through the power of the game.

Since 2011, while overseeing the LCFL from abroad, Levey brought his passion for sport and development back home to Columbus, Ohio. He has founded, managed and operated several sports and development nonprofit organizations, events and programs, including Columbus East FC, Columbus Nations Cup, and F3 Soccer & Literacy Programming. Levey is also Director of Columbus East Soccer Association.

Levey and the F3 Team hope to develop and expand on its current programs, events and projects to increase the number of children and communities they can positively impact in Columbus, Ohio,  Mombasa, Kenya and other areas of the world.